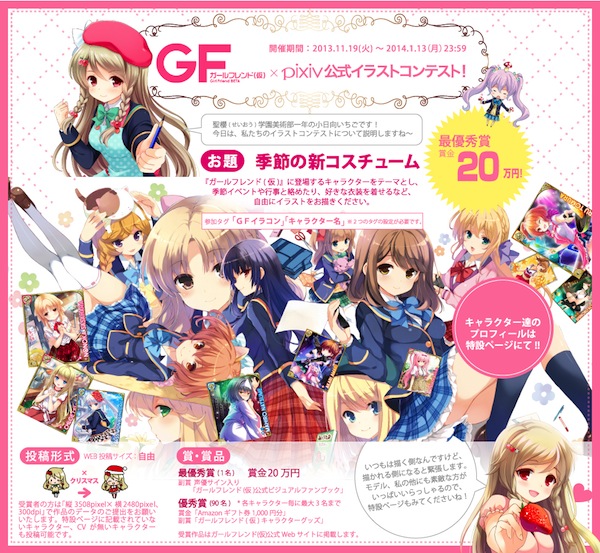 【How to Enter】
Illustrate a character from Girlfriend (BETA) wearing seasonal clothing or a clothing related some kind of seasonal event.

【Prizes】
■Grand Prize Winner
Awarded 200,000 yen (About $2000 USD)
Girlfriend (BETA) Fan artbook signed by one or more of the voice actresses.
Your work published on the official Girlfriend (BETA) website.