Share
Starting Wednesday, April 16th 2014, pixiv will be holding a comic competition called MANGA pixiv Awards.
This will be the first time pixiv has held a contest like this and the topic for your entries will be about “short-cut/easy shounen comics” or comics in the shounen style of comic-writing. 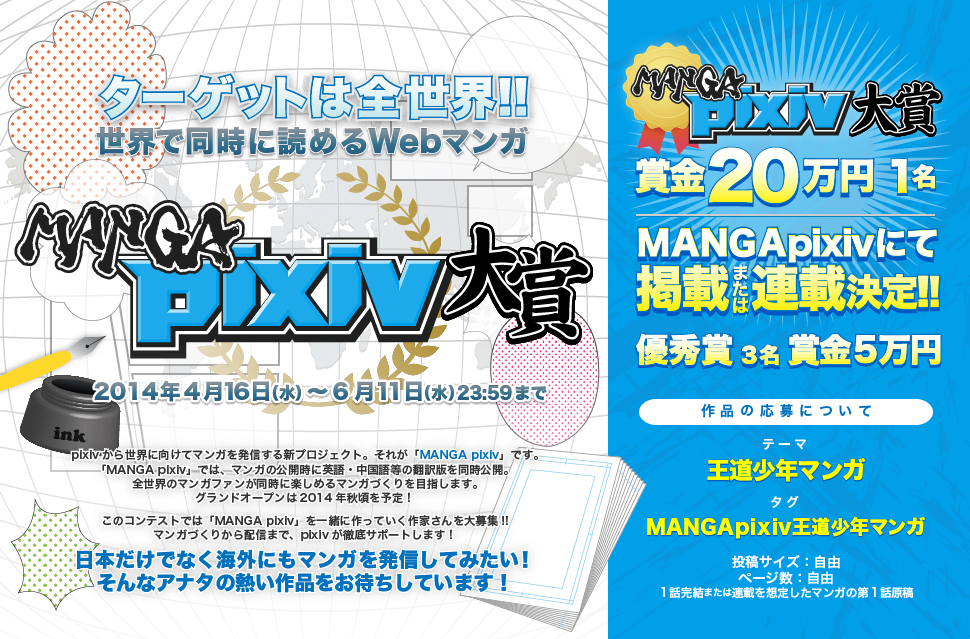 We are looking for original comics and you can draw as many pages as you’d like or feature a comic from any genre.

【How to Enter】
1) Create a comic with the theme of short-cut or easy Shounen comics: a comic that easily fits into the theme of what a “shounen comic” is.
2) Submit your comic to pixiv with the below contest tag attached.
Contest Tag: MANGApixiv王道少年マンガ

【Selection Process】
After a strict judging of all the entries the winners will be decided by our judges.