On April 16, 2020, the term conversion feature for novels was released on the mobile version and desktop version of pixiv.

The feature is being tested until April 27, 2020 (16:00 JST), and we have already received many positive comments and requests to extend the trial period. For this reason, we have decided to increase the number of series supporting term conversion from 20 to 50 and officially release the feature.

We are also examining the requests for improvement to the feature that have been sent to us through the questionnaires and we'll consider their implementation while observing how the feature is being used.

About term conversion
It is a feature to allow other users to convert a term registered in the reference materials of a novel into another word at once throughout the novel. Term conversion can be set up for up to 10 terms per series.

Check the Help page for details on how to set up term conversion. 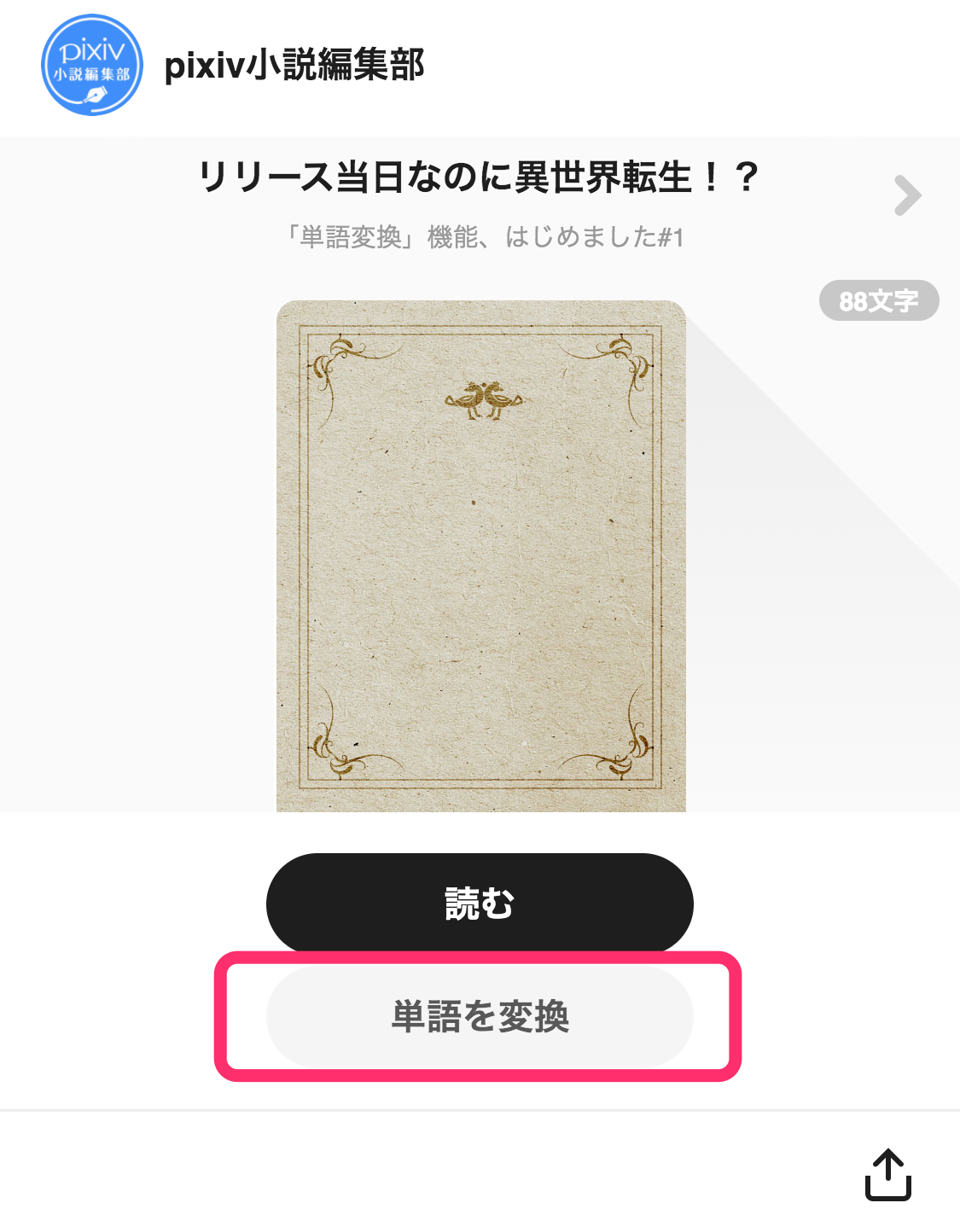