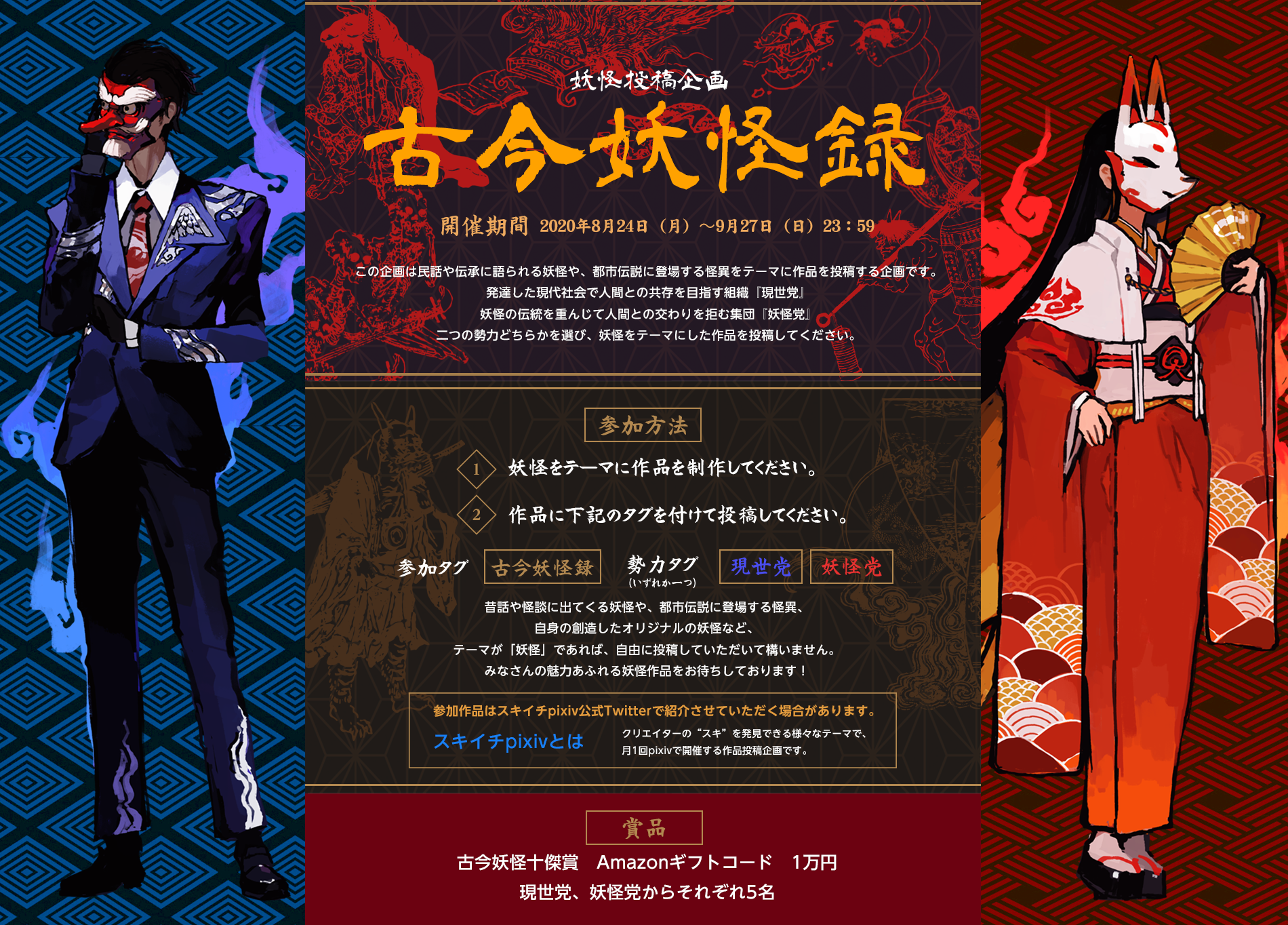 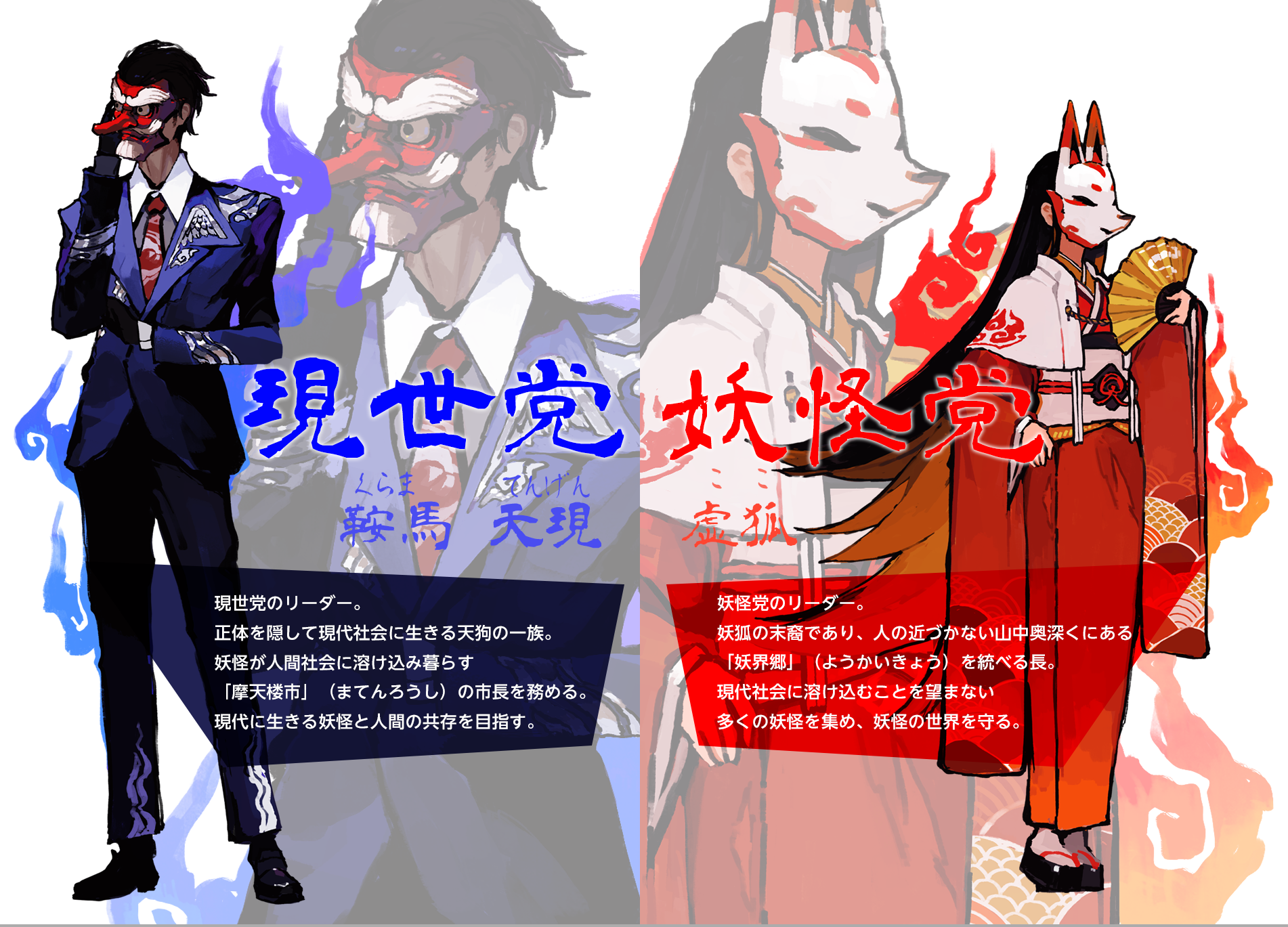 pixiv SUKI1's August contest "Kokon Yōkai Chronicles" will be held from August 24th, 2020 (Mon).
In this contest, we invite you to submit works on the theme of yōkai (Japanese monsters, spirits, and demons) that appear in folklore and urban legends.

Side with one of the two factions and submit your yōkai-themed works.

Give space to creativity and post your yōkai-themed work to pixiv. They can feature yōkai from old tales and ghost stories, spirits from urban legends, and even original yōkai of your own creation.
Anything goes as long as your work is yōkai-themed.
We're looking forward to seeing your entries!

■ About pixiv SUKI1
pixiv SUKI1 is a submission project held monthly (ツキ1, tsuki ichi) on pixiv, where creators can convey their likes (スキ, suki) on a variety of themes.

How to Participate
1. Create a work on the theme of yōkai.
2. Post your work with the following tags.

＜Novel category＞
There are no format restrictions (short story, long story, series, etc.) on the novels you can submit.
There is no upper limit to the length of the submissions; however, they must be at least 400 characters.
* There are no restrictions on the number of works an applicant can submit. However, there should only be one work (one series) per submission.

For more details, check the Application Guidelines from the Entries page.
We are looking forward to your entries.