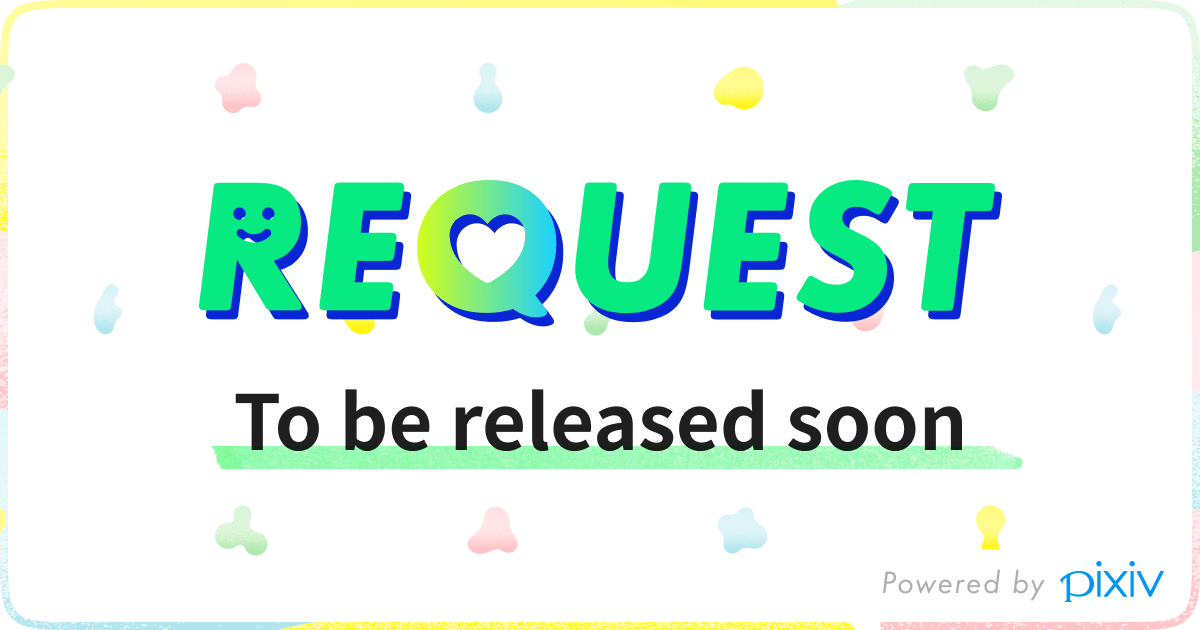 The new Requests feature will soon be released on the mobile version and desktop version of pixiv.

By turning on the Requests feature, creators will be able to solicit creative requests from their fans on pixiv in return for a fee. Creators can set a "target price" for their requests in advance.
Fans can request work they would like to see come to life by the hands of creators who have activated the Requests feature.
Creators can choose the requests they would like to take on among all the requests received and start working on them. Requests are then completed by posting the finished work on the creator's profile page or by posting them as URL-restricted works that can only be accessed from those who sent the request.

The Requests feature is compatible with all four types of works that can be posted on pixiv: illustrations, manga, novels, and Ugoira. The feature is also provided in five languages and is thus available to international users as well. Moreover, in addition to one-on-one requests, we are planning to provide an additional feature to allow fans to request works together.

Thank you for your future patronage with pixiv.
Need help?