As of April 27th, 2022, the display of text length for novels on pixiv's mobile and desktop versions will change.
Depending on the work's language, a work's length will be calculated either on character, or word count. 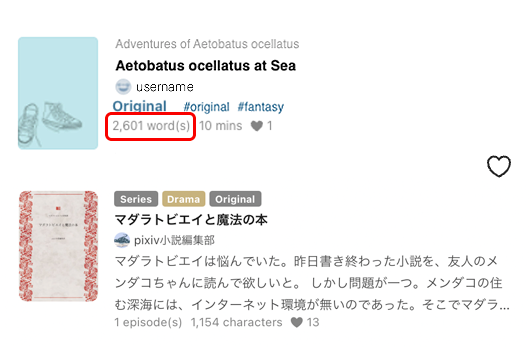 Previously, the length of novels was indicated in terms of the number of characters it contained, even for languages such as English, where counting the number of words is more common.
Displaying the work's length in a way that's appropriate for the target language will allow readers to more intuitively confirm its contents.
Additionally, approximate reading times will be now available to international readers too, calculated based on the work's language.

In accordance with this change, a word count tab has been added to the desktop version's dashboard.
If you don't need the word count displayed, it can be turned off via the dashboard options. 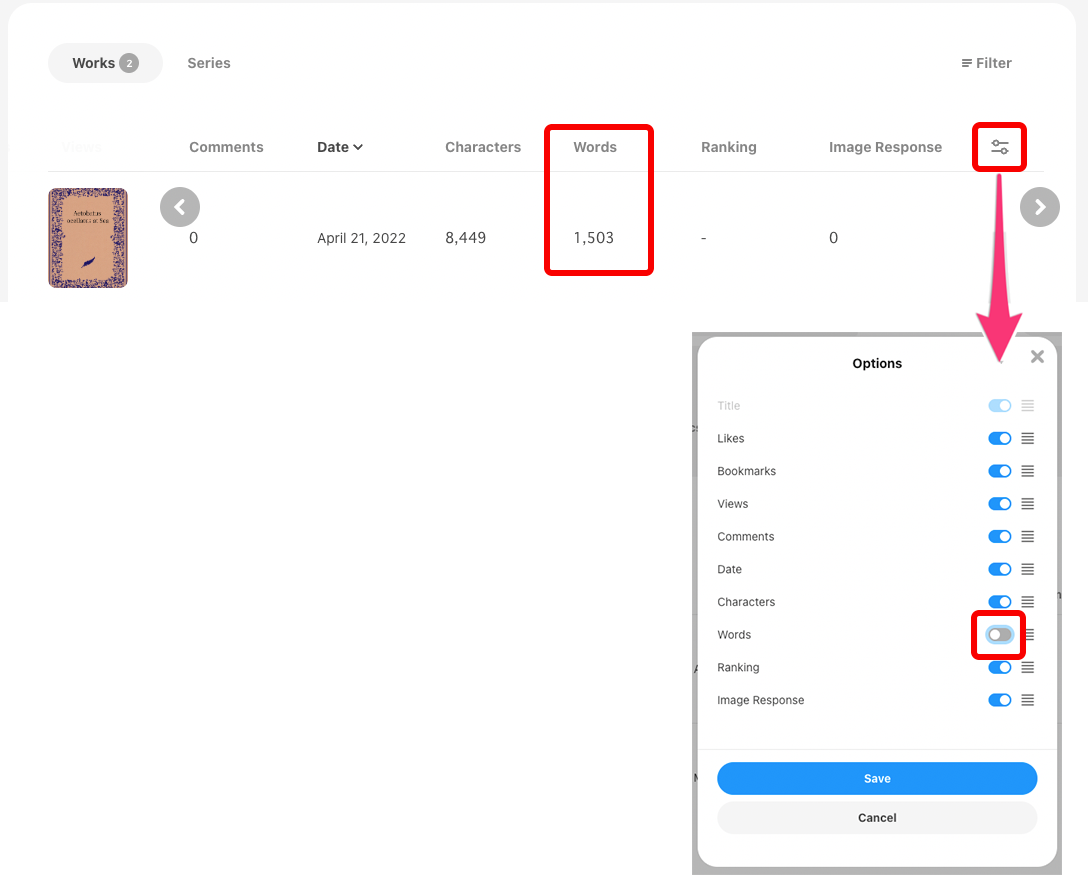